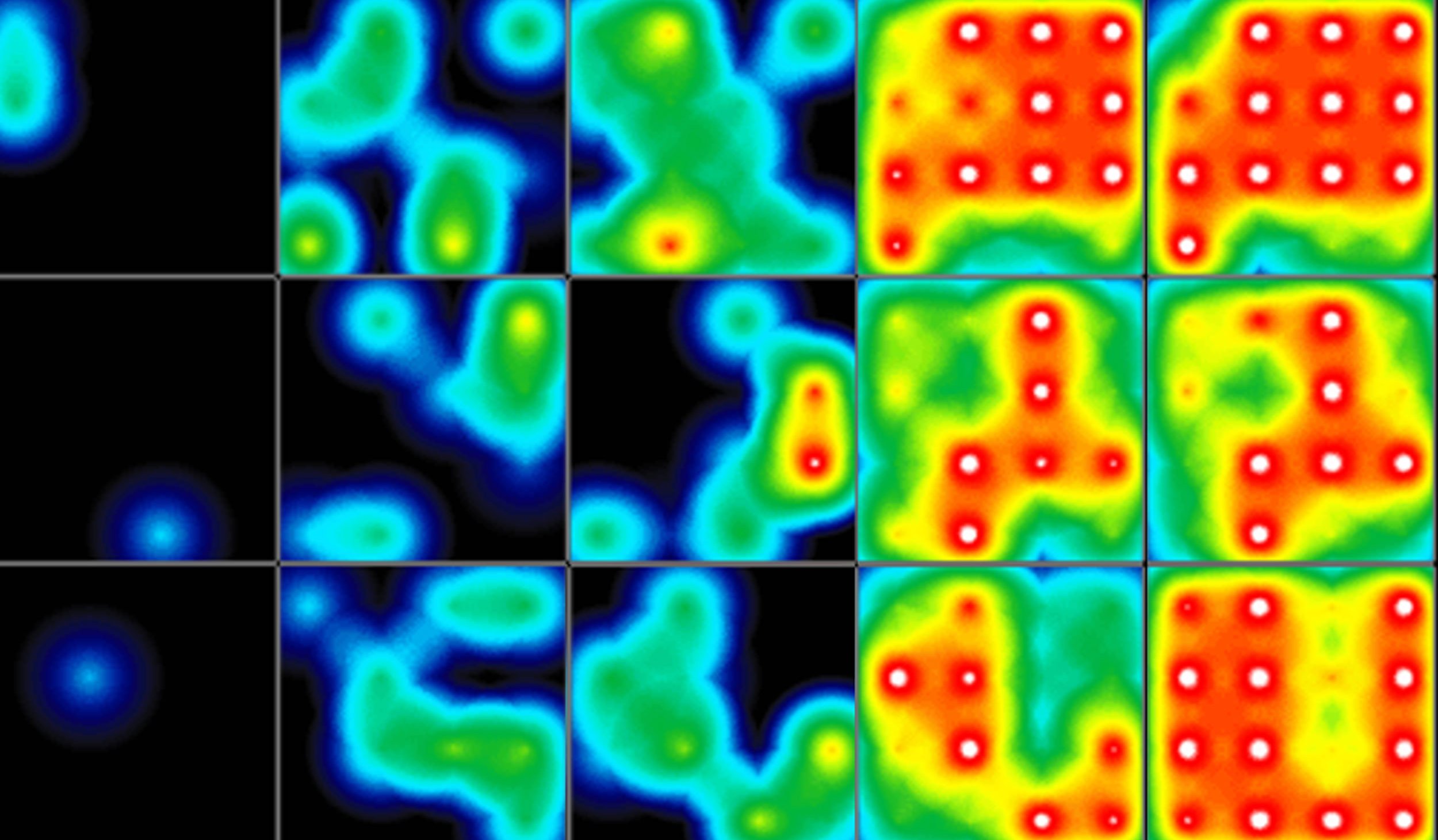 Developing advanced electrically active cell models is challenging. Can you capture the complexity of your stem cell-derived cardiac function with just imaging or expression data?   Track the emergence of cardiac activity and watch as the syncytium forms and matures. Quantify beat properties and classify how your cells behave. The Maestro Pro and Edge MEA systems provides you with the cell activity information you've been missing. Over minutes or months, gain unprecedented access to cardiac activity with the Maestro MEA platform. Noninvasively monitor cells in culture as they mature and establish their unique phenotype. Measure a dozen endpoints with AxIS Navigator to fully classify and characterize your model's activity.

Human pluripotent stem cell-derived cardiomyocytes (hPSC-CMs) are an attractive model for studying heritable and drug-acquired arrhythmias. The ability to efficiently produce multiple patient-derived hPSC-CMs and easily track their performance would facilitate studies of the role of genetic diversity on arrhythmogenesis. In pursuit of this objective, hPSC differentiation into cardiomyocytes using the STEMdiff™ Cardiomyocyte Differentiation and Maintenance Kits (STEMCELL Technologies) was tracked each day using the Maestro MEA system. 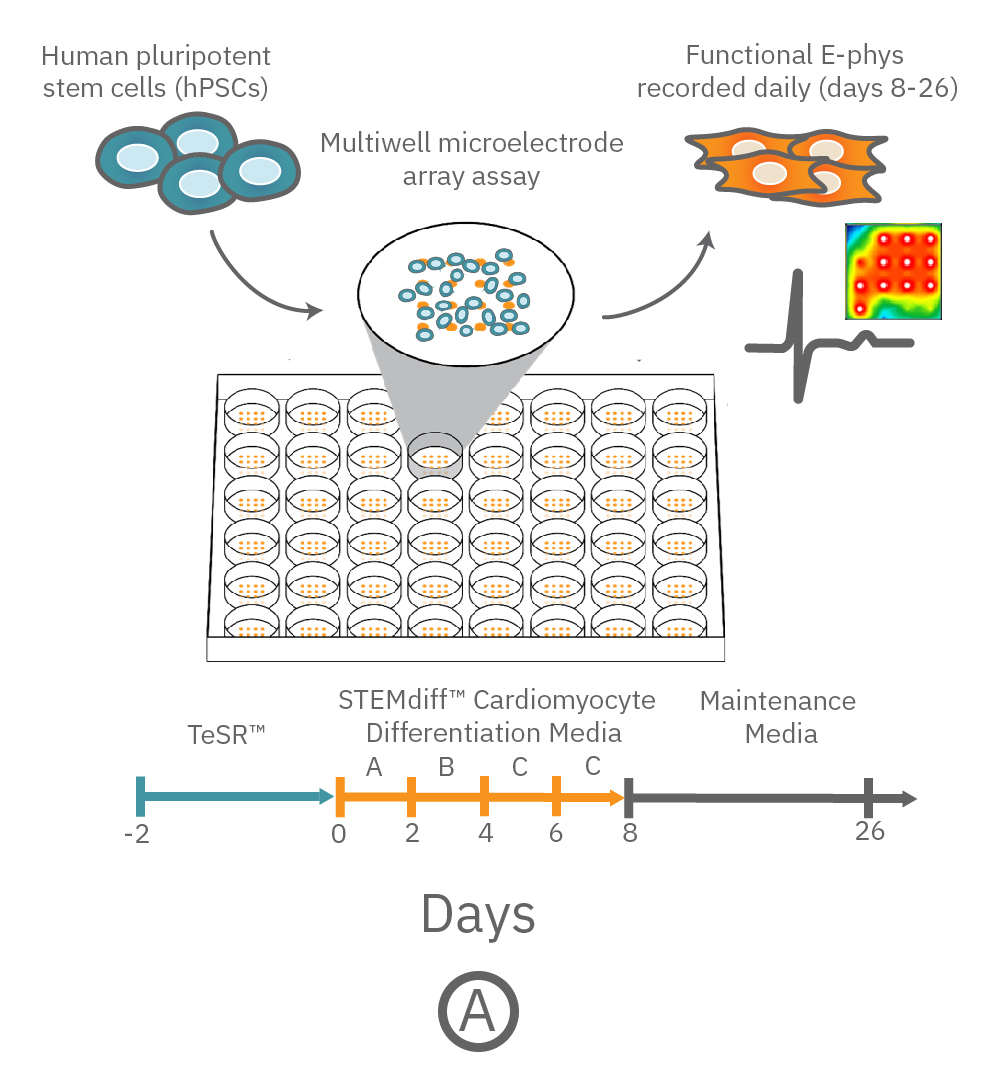 (A) Protocol used to differentiate hPSCs into cardiomyocytes on CytoView MEA 48-well plates. Two embryonic lines (H1 and H9) and two iPSC lines (1C and F016) were used. Spontaneous activity was recorded each day using the AxIS Navigator.  (B) Spontaneous cardiomyocyte activity was first detected on Day 14 of the STEMdiff™ Cardiomyocyte Differentiation Kit protocol, and recorded up to day 25.  83 - 100% of the wells contain regular beating cardiomyocytes with very consistent excitability profiles between replicate wells by Day 25. Variability across hPSC-CM lines was small with beat periods of 0.795-1.27 sec, FPDs of 177-326 ms, and less than 10% beat period irregularity. 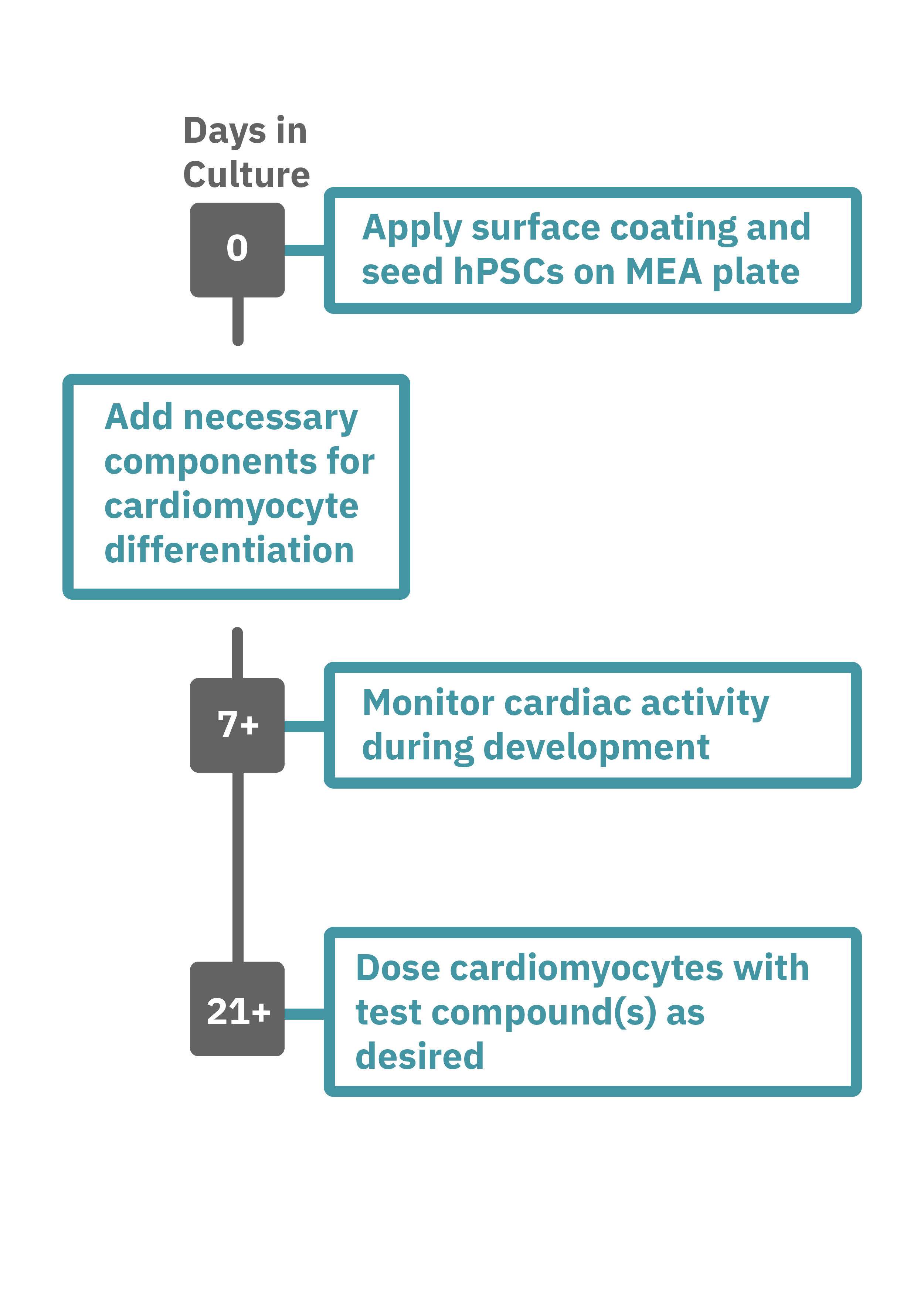 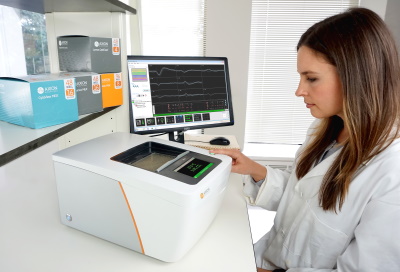 The advantage of cardiomyocyte differentiation and characterization experiments on the Maestro Pro and Edge systems: 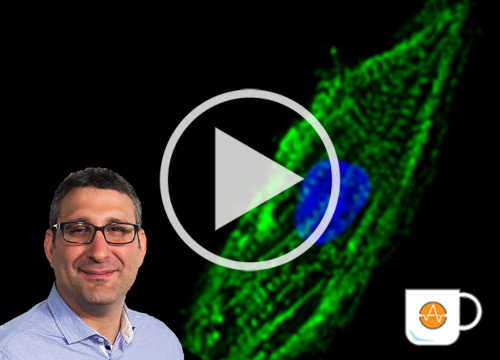 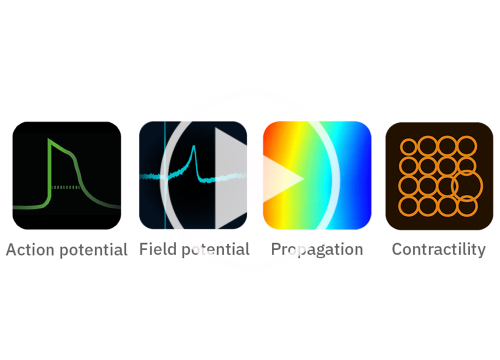 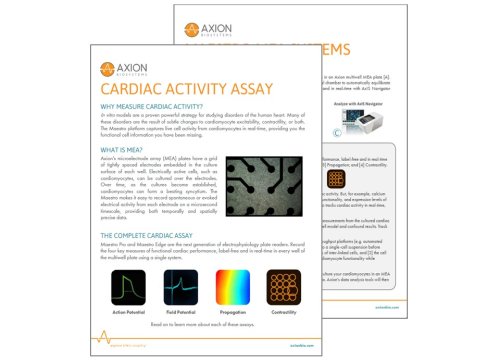 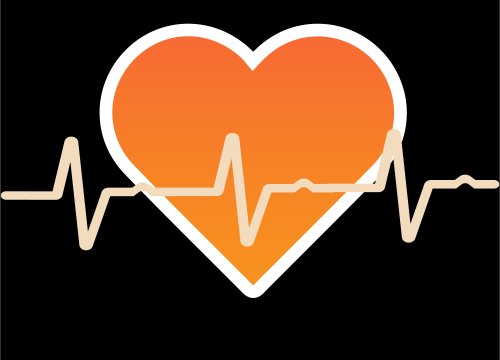 What is a microelectrode array (MEA)?

Microelectrode arrays (MEA), also known as multielectrode arrays, contain a grid of tightly spaced electrodes embedded in the culture surface of the well. Electrically active cells, such as cardiomyocytes, are cultured on top of the electrodes. When neurons fire action potentials, the electrodes measure the extracellular voltage on a microsecond timescale. As the cells attach and connect with one another, an MEA can simultaneously sample from many locations across the culture to detect propagation and synchronization of cardiac activity across the syncytium.

That’s it, an electrode and your cells. No dyes, no incubation steps, no perfusion, no positioning things just-so; just your cells in a well. Because the electrodes are extracellular (they do not poke into the cells), the recording is noninvasive and does not alter the behavior of the cells, you can measure the activity of your culture for seconds or even months! 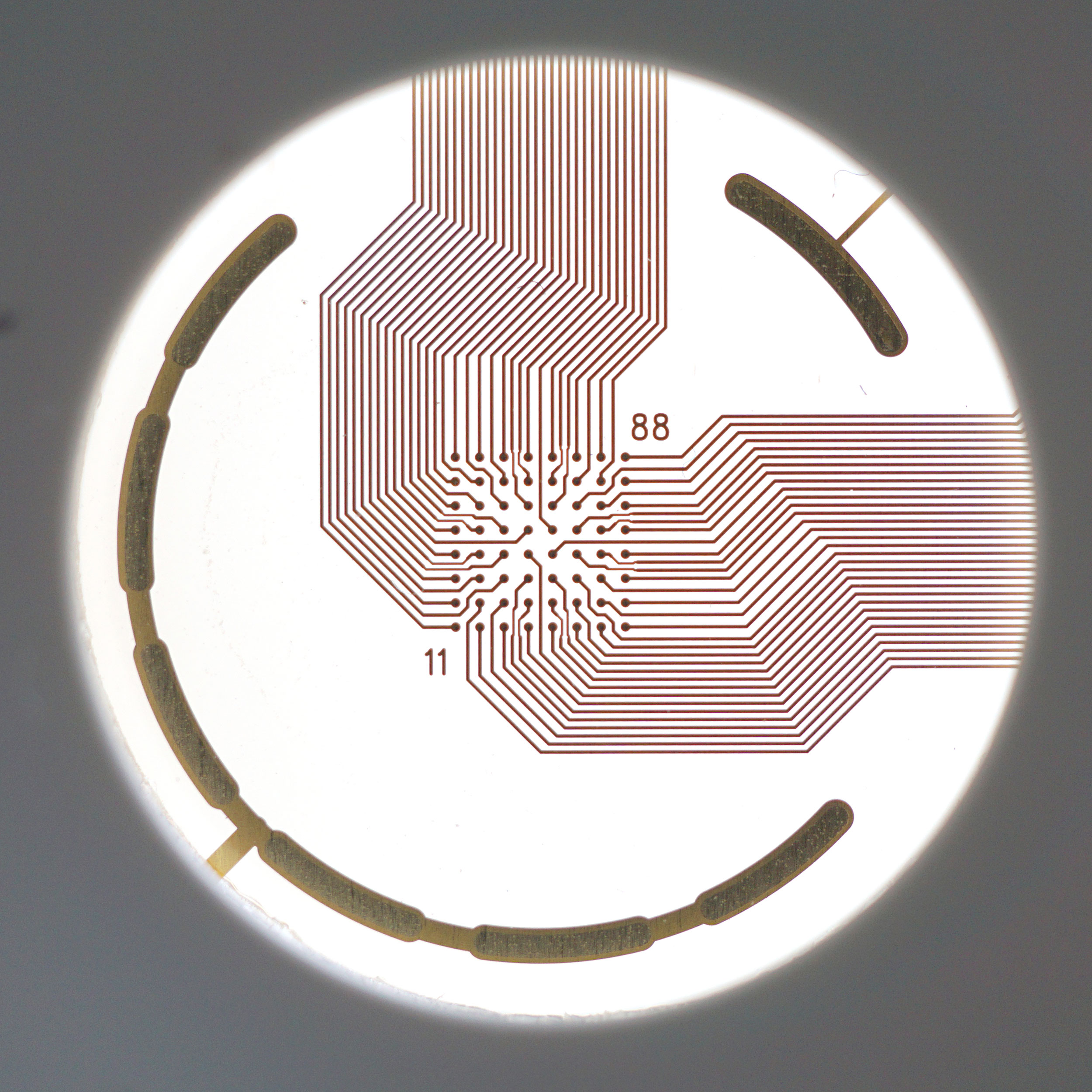 An MEA of 64 electrodes embedded in the substate at the bottom of a well.

Cardiomyocytes attach to the array and form a network. The microelectrodes detect the action potentials fired as well as their propagation across the network.

Heartbeats in a dish

When cardiomyocytes are cultured on top of an MEA, they attach and connect to form a spontaneously beating sheet of cells, called a syncytium. When one cardiomyocyte fires an action potential, the electrical activity propagates across the syncytium causing each cell to fire and then contract. The electrodes detect each individual action potential and contraction, as well as the propagation of this activity across the array.

The cardiac action potential propagates from cell to cell across the syncytium. The MEA detects this activity as an extracellular field potential, which closely resembles the clinical ECG.

Do more with multiwell

Axion BioSystems offers multiwell plates at many throughputs, from 6-wells to 96-wells, with an MEA embedded in the bottom of each well. Each well represents its own unique cell culture and conditions, creating up to 96 experiments on one plate. Multiwell MEA allows you to study complex human biology in a dish, from a single cell firing to network activity, across many conditions and cell types at once. 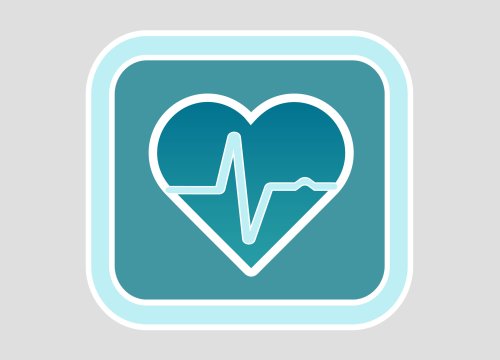 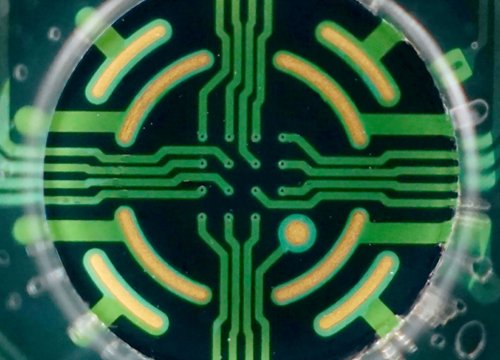 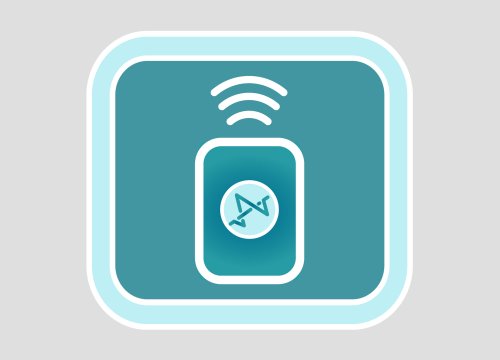